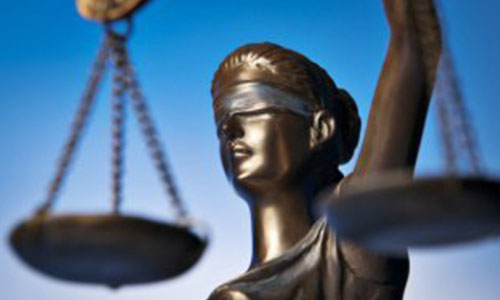 The Role Of The Judiciary After Communism In Cuba

The inexorable breakdown of the communist dynastic succession in Cuba is expected as a payback of the criminal ideological catastrophe. There is no way out for this failed system. The incoherent, irrational dogma has been a failure. Communism is doomed.

In this context, Cuba has a possible renaissance as a pluralistic democracy. The role of an independent judicial system is at the core of the transitional process. One of the key roles of this new judicial system is to overcome the intolerant and corrupt legacy of communism in where public confidence in the judiciary is thoroughly discredited.

This is a difficult and fragile process in which the judiciary must be a sovereign branch of government. The Armed Forces have to accept their subordination and obedience to the Rule of Law, enshrined in a Constitution that guarantees liberty and equal justice for all.

As a result, a pluralistic democracy, independent workers union, private property, market economics and social justice could blossom and act as safeguards within an equitable Constitution, where individual freedom is the paramount virtue.

The functioning of a justice system will become an essential factor for a successful Cuban transition to liberty, progress and opportunity and for people to achieve trust and compliance with the Rule of Law.

This is a most difficult task, due to the cultural legacy of the totalitarian regime, where the judiciary has been integrated into the corrupt communist system. In nearly 60 years of subordination to the all-powerful military establishment, the Cuban judicial system has been dysfunctional and ethically confused. The judicial establishment must be retrained in the rules and legal practices of an open society that guarantees civil liberties and due process in order to become a reliable pillar of the new Republic.

Essential Requirements for the Creation of an Independent Judicial System

The institutionalization of the judiciary will provide the Cuban people with a realization that Cuba has broken from its past. It will reinforce the development of a law abiding, constitutional, ethical culture that teaches the political leadership and the people that the legal boundaries of law cannot be transgressed for the benefit of partisan political or financial interests.

The role of a trusted judiciary in the transition to freedom and market economics is essential for securing the individual rights and the social justice required for the development of a successful pluralistic democracy.

By Pedro Roig As a historian and attorney this outline on the assassination of John F. Kennedy, searches into the ...