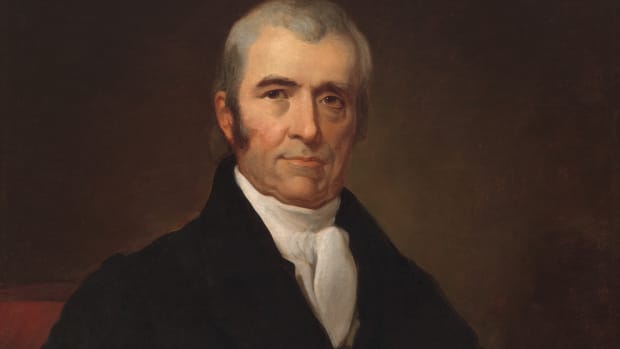 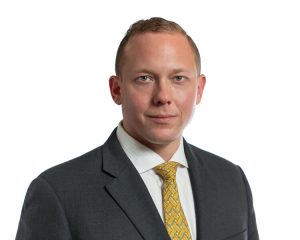 Marshall is the longest serving Chief Justice in U.S. history (34 years), issuing over 1,000 Supreme Court opinions in which about half of them were written by Marshall himself. The British legal authority Lord Bryce attested that John Marshall’s “legal judgment … had never been surpassed and rarely equaled by the most famous jurist of modern Europe or ancient Rome.” Harlow Giles Unger, John Marshall, The Chief Justice That Saved The Nation (Da Capo Press, 2014 Edition).

During his tenure as Chief Justice, Marshall confronted and ruled on seminal cases, reshaping the limits of power in the American federal republic by making the Supreme Court the final arbiter of constitutional interpretation and defining the limits of congressional and state powers. Marbury v. Madison (1803) was the first major case heard by the Marshall court and a landmark U.S. Supreme Court case that established the principle of Judicial Review – the power of the courts to examine the validity of congressional acts in violation of the limitations of the Constitution. Marshall announced in Marbury that the courts have the power to strike down laws that violate the Constitution and wrote:

Marbury is known as the single most important decision in United States constitutional law and has been cited to in over 5,000 cases.

In Martin v. Hunter’s Lessee (1816), McCulloch v. Maryland (1819), and Gibbons v. Ogden (1824), the Marshall Court shaped the Constitutional sovereignty of the states and federal government: limiting states to governing within their borders and affirming the federal government’s powers in national and international affairs.

The Marshall Court also issued the historical Fletcher v. Peck (1810) and Dartmouth College v. Woodward (1819) decisions that established the inviolability of contracts and ensured individual citizens the “inalienable rights” promised by the Declaration of Independence and Bill of Rights. Fletcher was the first time the Supreme Court ruled a state law unconstitutional, striking down a 1796 Georgia legislation that invalidated a land sale contract between Fletcher and Peck. Marshall applied the Contracts Clause of the United States Constitution prohibiting states from passing “any law impairing the obligation of contracts.” The Fletcher decision secured the private property rights of corporations and promoted the growth of business, providing a stable climate for investment, and created a growing precedent for the sanctity of legal contracts. In Dartmouth College, the Court concluded that the Contracts Clause applied to private as well as public corporations and Marshall’s opinion emphasized that the term “contract” referred to transactions involving individual property rights. These cases resulted in the rise of the American free enterprise system.

Marshall projected a capable, persuasive, and modest personality, initiating the tradition of judges wearing a plain black robe in contrast to the opulent English-style robes consisting of scarlet silk, rich purple velvet, and ermine (a royal reddish-brown fur) and a symbol that they carried no colors in making judicial decisions. Marshall also changed the old practice for each justice to deliver separate opinions. He persuaded his colleagues on the bench to offer a single opinion from the Supreme Court (dissenting opinions were optional).

Marshall laid the foundation of American constitutional law. He strengthened the federal union and the fundamental values of the Republic: separation of powers, freedom of speech, private property rights, and due process of law – a monumental contribution for the progress of liberty, a prosperous nation, and the rule of law.

On January 24, at 11:00 in the morning, the cruisers USS Maine steam into Havana entering the narrow channel under ...