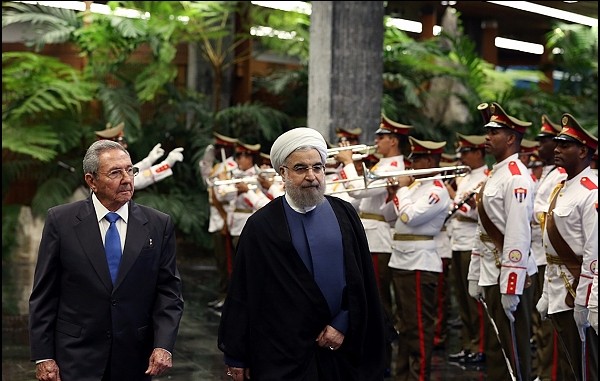 The Israel’s Minister of Culture recent visit to Cuba has generated speculation regarding Cuba-Israeli relations.

The catastrophic destruction of Hurricane Irma on the island’s economic infrastructure combined with the decline of Venezuela’s multimillion subsidy, has generated a desperate need for new aid and investors to mitigate the difficult times ahead. In this fragile environment, Israel is being targeted by Cuba as a potential investor and source of technology.

Cuba’s aggressive historical actions against Israel; support for Iran and its terrorist proxies; and a possible U.S.-Iran confrontation over the nuclear agreement makes the timing of any Israeli concession toward Cuba extremely sensitive.

These are a few of the anti-Israeli policies of the Castro brothers.

In response to the attacks against U.S. diplomats in Havana, Cuba is viewed in Washington as a criminal regime closely allied to Iran, Venezuela and Syria.

Israeli officials should think twice before normalizing relations with Cuba and providing aid to a military dictatorship that violates the human rights of its people and is an avowed enemy of the U.S. and Israel.

The Israeli administration should consider the implications for its relationship with Washington of normalizing relations with Cuba. U.S. support for Israel might suffer irreparable damage at a time when the U.S. is punishing Cuba for its attacks on U.S. diplomats, for its continuous support for Iran and Hezbollah and for its alliance with the Venezuelan narco-dictatorship.

Por Pedro V Roig, Esq. The defeat of the heroic Cuban Brigade at The Bay of Pigs was a monumental ...