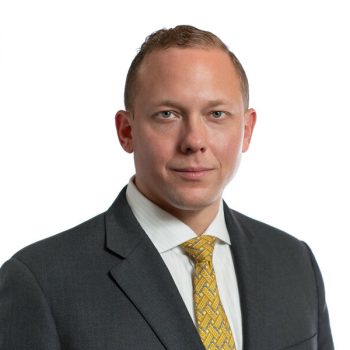 Leon is a franchise attorney that focuses on protecting and enforcing the rights of franchisees. He has represented franchisees in numerous different brands and industries in all phases of the franchise life cycle—at the beginning (the purchase), during the journey, and at termination.

Leon has represented many people interested in making the long-term commitment of purchasing a franchise. Having formerly worked in the legal department of a major health club franchise corporation, Leon understands the mentality of the franchisor and knows what clauses in the franchise agreement a franchisor may be willing to negotiate. Leon uses his knowledge and experience to assist his clients in identifying common issues in the franchise disclosure document that could become problematic. He has successfully negotiated with franchisors reasonable changes to the franchise agreement to minimize risks and better protect his client’s investment.

In the event of a franchise dispute, Leon works to achieve the most efficient and effective resolution for his client—prior to litigation, if possible, or at trial, if necessary. Leon routinely handles franchise litigation in courts and arbitration proceedings in the United States. He has helped numerous franchisees achieve successful resolutions to their disputes with their franchisors involving violation of federal and state franchise laws, breach of franchise agreement, unfair and deceptive trade practices, unlawful termination, and common law misrepresentation claims.

Leon is fully fluent in Spanish and has represented individuals from all over Latin America seeking to purchase a franchise in the United States or to resolve an issue they are facing with their franchisor.

Leon is an active member of the American Bar Association Forum on Franchising. He is also a member of the American Association of Franchisees and Dealers, the International Franchise Association, and the Cuban American Bar Association.  Leon also regularly attends franchise trade shows throughout Florida and in other parts of the United States, as well as international franchise trade shows.  Leon has presented lectures at various gatherings on franchise law topics vital to franchisees, such as the Orlando Hispanic Chamber of Commerce, Franchise University. Leon has also authored articles on franchise issues important to franchisees, such as "Franchise Myths vs. Realities."