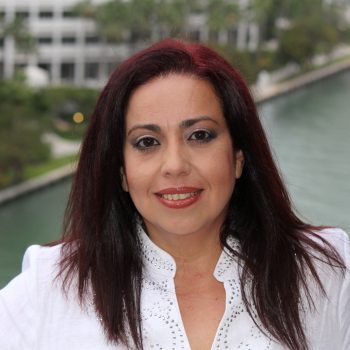 Janisset Rivero was born in Camagüey. She left Cuba as a political refugee in 1983 and lived for several years in Venezuela. She has a degree in Communications and Advertising from the New Professions University Institute in Caracas, and in Spanish from Florida International University (FIU) in Miami. In 2003 she completed her master's degree in Latin American Literature from FIU.

She is a founding member of the Cuban Democratic Directorate, she represented this organization internationally in forums such as the Inter-American Commission on Human Rights of the OAS and the Human Rights Council of the UN. Janisset Rivero has worked closely with the opposition movement in Cuba in several projects during more than 20 years of activism, receiving recognition by the US Congress in 2013 for her human rights' defense. She is also the co-author of the reports "Steps to Freedom" published from 1997 to 2008 and "Situation of Human Rights in Cuba" which was published from 2003 to 2014. She also helped in the preparation of the report "Torture in Cuba", published by Directorio in 2007.

She has published poems, essays, and articles in newspapers and magazines in Venezuela, Puerto Rico, and the United States. At present time, she is program coordinator and advisor for the Center for a Free Cuba.

She is the author of the published poetry collections "Ausente" (Spain, Aduana Vieja, 2008) and "Witnesses of the night" (United States, Ultramar, 2014) and her first novel "Letters to Pedro" (Verbum, 2021).