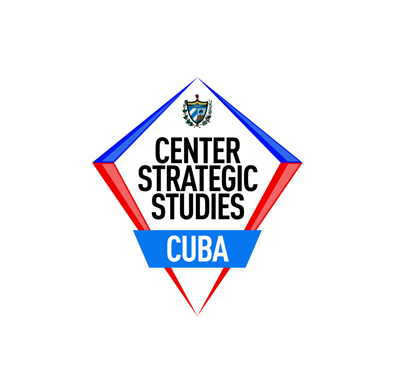 Is Raul Castro leaving power? This is the topic of a deceiving question in a major Miami newspaper, based on the false premise that by February 24, 2018, a younger generation of Cubans headed by the appointed president Miguel Diaz-Canel will begin to rule Cuba. He is expected to lead the Communist regime to political openings and economic changes, a Cuban “Gorbachev.”

The question shows a disturbing degree of ignorance, or malicious intent, that falsifies and circumvents the rigid ideological commitment stratification and hierarchical structure of the Armed Forces, established form day one by Fidel and Raul Castro. Cuba is a communist military dictatorship, ruled and controlled by General Raul Castro.

A Messianic Leadership and the Rebel Army

Since 1959, Cuba was transformed into a nation at war. The American capitalistic system was the enemy, and the fight was to death. Cuba turned into a nation of soldiers, building a Marxist state ruled by Fidel Castro. On the issue of military control “Che” Guevara stated: “The presence of the Rebel Army was the basic element guarantying power.” With certain tactical variations, the political indoctrination was to be repeated until the end of Castro’s life (November 25, 2016). In an impoverished nation, exhausted by constant exhortation, and a dysfunctional economic system, it is a notable accomplishment that the army grew into an institution capable of surviving the failure of Castro’s revolution.

From his days in the Sierra Maestra, Castro knew that political power rested in the loyalty and control of a repressive organization, (originally the G2) and the army. Within the first three months of his triumphal march into Havana, Castro began the process of building his own fighting force, faithfully and fiercely devoted to him.

It is precisely in the military absolute obedience to Fidel Castro’s merciless leadership that we see the profound differences with the Bolshevik Revolution where Lenin led the Communist Party to power and Stalin purged the Soviet army into submission. In contrast, Castro led his Rebel Army to power and turned the Cuban Communist Party into a political instrument of his apocalyptic revolution.

The Ministry of the Interior (MININT) main task is to find, capture, punish and destroy the enemies of the revolution. They are the messengers of fear, torture and death.

Another organization for vigilance, control and mass mobilization is the Committee for the Defense of the Revolution (CDR), a vital branch of the Ministry of the Interior. This paramilitary force is organized on every block of every city throughout the island.

Fidel knew and praised the coercive value of the CDRs over civil society, especially their “vigilance duties.” Yet, for Professor Irving Louis Horowitz, the “Committee for the Defense of the Revolution was a vicious and pernicious instrument of mass terror.”

In October 1959, Raul Castro was appointed Minister of the newly created Revolutionary Armed Forces (MINFAR), and Fidel became Commander-in-Chief. From its inception, the new army was structurally integrated into a rigid hierarchical order. The government and the military were pyramid structures, with Fidel at the top and Raul an efficient second. At the next level of power came the most trusted “comandantes” of the guerrilla war, proven by their unyielding obedience, “Che” Guevara, Ramiro Valdez, Camilo Cienfuegos and Juan Almeida among the select few.

In later years, a group of younger officers were added to this pyramid of military power: Abelardo Colome (Furry), Leopoldo Cintras Frias, Senen and Julio Casas, Ramon Espinosa, Ulises Rosales del Toro, Joaquin Quintas Solá and Alvaro Lopez Miera. With the addition of these generals to the inner circle of power, MINFAR began the process of institutionalization in the model of the Soviet Armed Forces.

Since his early twenties Raul Castro became known as a full-fledged Marxist and a harsh disciplinarian that looked up to Fidel with a mystic devotion and venerated him as a father figure, always willing to put up with Fidel’s violent, abusive temper. During the difficult days of General Ochoa’s trial and execution, Raul never flinched in his obedience to carry on Fidel’s orders to execute General Ochoa, a highly respected front-line commander and “hero of the Revolution.” Speaking to a gathering of generals in the MINFAR, Raul said: “the most important symbol we have is named Fidel Castro…he is our father.”

The Army and the Communist Party

Fidel Castro rules Cuba as an autocrat with an iron fist in control over the Army, the Ministry of the Interior and the Communist Party. Furthermore, in Castro’s autocracy, the concept of an all-powerful party was unacceptable to the “Comandante en Jefe.” Castro’s Rebel Army officers brought him to power, grew in strength and professionalism with him, and remained the most trusted and loyal source of control of the Cuban government.

One of the fundamental differences between the Cuban and the Soviet System rested in the fact that from the beginning, Castro’s inner circle of power was made up of loyal members of the victorious Rebel Army and all the top military officers are active members of the Cuba Communist Party Central Committee.

Raul Castro was willing to elevate the Communist Party and enlarged the institutionalization of the political process. While control by the military, the party expanded and gained in influence. The Constitution of 1976 stated that the Party is the “supreme authority of the society and the State.” (Chapter 1, Article 5)

Raul Castro is not going anywhere!

Is Raul Castro leaving? This is the fallacious question surrounding Miguel Diaz-Canel appointment as President of Cuba. Would Diaz-Canel dare to contradict Raul Castro’s orders? Will the military hierarchy obey Diaz Canel’s directives?

The old dictator is not leaving. Cuba is undergoing a political succession, not a transition. Raul will remain as Secretary General of the Party and maximum leader of the military. Power will continue to rest in the bloody hands of a Castro.

Aware of the fragility of dynastic succession, General Raul Castro is placing his trusted generals in full control of the ...